The Absolute Best Exercise for Back Pain Relief 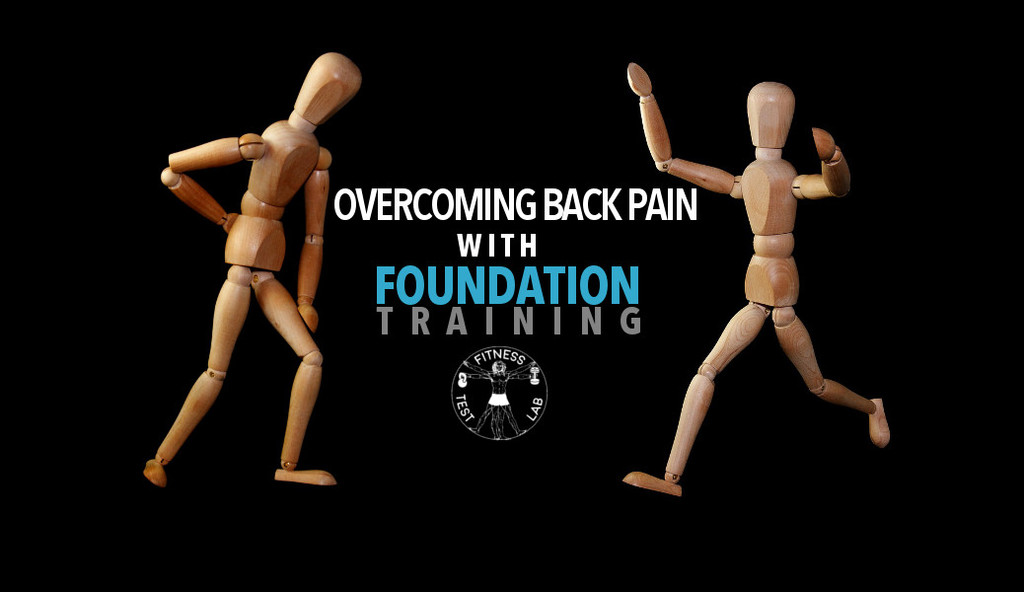 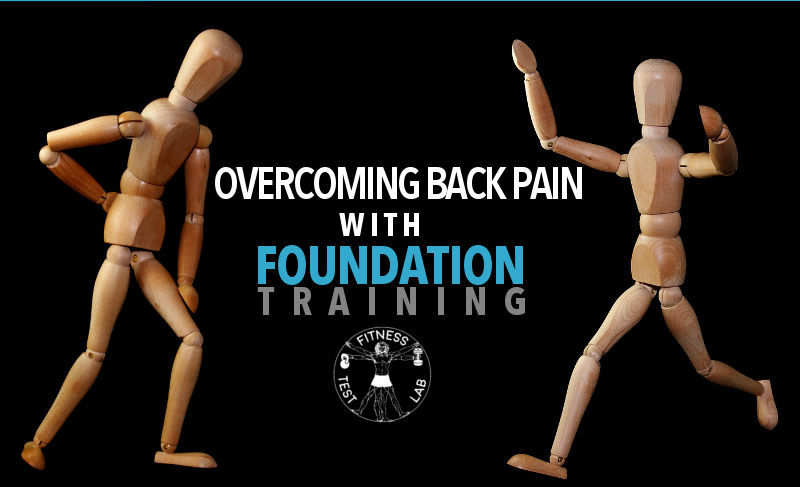 I’ve dealt with lower back pain on and off for several years, but it was never painful enough for me to seek a long term solution. In March of 2016, I discovered kettlebells and started training heavily with them. As I have a tendency to do, I trained too hard too soon and severely injured my back. This was the point where I started getting serious about a long term back pain remedy. I discovered Foundation Training three years earlier after a previous and less severe back injury, but I was never consistent with it. After the most recent injury I picked up Foundation Training again to see if I could finally achieve long term back pain relief by integrating the training into my daily exercise regimen. In summary, it worked.

The best exercise for back pain relief, period.

What follows is a review of Foundation Training in general, with a specific focus on its effectiveness as an exercise remedy for back pain. A review of Dr. Eric Goodman’s two books can be found here and here, and a review of the Fundamentals and Daily Workouts DVD program is coming soon.

This review is going to be different than others I’ve done. I took copious notes when I was using Foundation Training to heal my back, so I’m presenting the notes as a reference for others in similar circumstances. I’ve added comments to add context where necessary.

I tweaked my back pretty badly today from overtraining with kettlebells. It feels like my right SI joint is inflamed and I can hardly move my hip. I need to get back to Foundation Training, so I dusted off the exercise videos and started doing all 12 exercises one after the other, even though it hurt like hell.

Comments: I sometimes forget I’m no longer in my 20’s or 30’s anymore. I tried to go too heavy on a kettlebell lift before I was ready and I paid the price by inuring my back. The exercise videos I mention in this log refer to an older DVD product that predates the current Fundamentals and Daily Workouts DVD program. One of the selling points of Foundation Training is that it is marketed a best exercise for lower back pain, which is how I found the system in the first place.

I took pictures of myself today and my hips and spine are clearly out of alignment. It’s difficult to do a full founder as described in the videos. Some cues have only started to make sense after two weeks of doing them, such as preventing the knees from coming forward during a founder, as well as the cue to push my heels together. I practiced this by putting a foam block between my feet and consciously making an effort to squeeze the block using the inside of my heels. This seemed to provide some back pain relief, which I was thankful for.

Comments: The “founder” is the most basic posture in the Foundation Training system. Squeezing the heels together while attempting a founder is a subtle addition to the basic posture that took me a while to get right. Using the foam block really helped me get a sense of what it was supposed to feel like.

Woke up and I could barely move, I could not even stand up straight. My body was tilted at an angle to the right, and my hips could not be made straight. My left leg felt longer than my right leg. Really strange. I could not do a regular founder at all due to intense back pain. I decided instead to focus on the lunge stretch and woodpecker today exclusively. I did a round of both exercises for each leg every hour on the hour, then alternated between a cold compress and a heating pad on my back for most of the day. A few hours in, I could stand up straight and walk, and I was able to go to work the next day.

Comments: I’ve dealt with back pain on and off for many years, but this was the worst back pain I’d ever experienced. Thankfully, continuous application of the Foundation Training exercises and principles and alternating between application of cold and heat to my SI joint area gave me the back pain relief I needed and helped me get moving again. The lunge stretch and woodpecker are two exercises in the system that utilize a lunge stance.

I did all the exercises after work today, and a few things clicked into place after watching the how-to videos again in sequence. First, I realized the importance of keeping my transverse abdominus tight during the exercises in order to avoid the dreaded breadloaf abs. It was very apparent during the back extension that I was using bread loaf abs and not pulling my navel to my spine. Once I did that I felt like many more muscles were engaged and I started sweating right away. That tells me I was really working hard in that moment, which is good.

I also modified the way I do woodpeckers based on reviewing the how-to video again as well as a separate video explanation Dr Goodman provides on Youtube. Basically I am stepping out farther and keeping the knee of my front foot farther back, i.e. not right over the ankle. I’m actively trying to keep my weight in my heel, which seems to activate my glute, hamstring, and shin. It almost feels like there is a brace on my knee, and Dr Goodman does mention something about this exercise helping to enforce proper knee bracing using the big muscles around it.

Comments: “breadloaf abs” refers to a situation where the abs are being pushed outward for support of the torso instead of pulled in, which sort of looks like a loaf of bread. This is not a good habit to have because it increases the risk of a hernia and does not promote back pain relief.

The more I think about it, the more convinced I am that greasing the groove is valuable, especially for rehab work like what I’m doing to attempt fixing my muscle imbalances and achieve long term back pain relief. For example, I know I can do 100 kettlebell swings with the 16kg kettlebell because I’ve done it before. However, adding a founder before the swings engages the correct posterior muscles in a structurally sound way and establishes the connection I want between my muscles and my brain. If I do more than ten swings right now I can feel my form start to break down. Once my form breaks down my body begins to adapt to the weight rather than me being in control of the movement. Other muscles start to kick in to compensate for the compromised form, and I end up reinforcing a bad movement pattern. So I’ll stick to 10 swings at a time for now, paired with a founder.

It occurred to me as I was getting ready for bed that my low back feels entirely normal. I have full range of motion again, my back pain is gone! Hallelujah! This Foundation Training stuff really works! In addition to strengthening and healing my back, it has made me much more aware of my body and how I support myself.

Comments: This was the turning point for me, when I realized my back was pain free. At this point I was sold on Foundation Training as an extremely effective system for long term back pain relief. “Greasing the groove” is a term coined by Pavel Tsatsouline in his book Power to the People. The idea is that practicing multiple reps of an exercise at low volume throughout the day helps train your nervous system to activate and engage more muscle fiber. In other words, you improve and get stronger not by increases muscle mass, but by increasing your neurological capacity to leverage existing musculature. In context of the log entry, I was practicing kettlebell swings along with Foundation Training as a way to train my brain to use more of the muscles in my posterior chain. This isn’t as far fetched as it sounds – years of constant sitting train our brains to disengage from our butt and back, so retraining is necessary to get the brain reprogrammed to make full use of those muscles again.

I just revisited the book to see if it says anything about workout frequency. The book recommends doing the exercises at least three days a week but I’ve not found anything that puts a ceiling on training. Can I train every day? I’m guessing it would be wise to have a rest day in there somewhere.

Comments: The book referred to is Foundation: From Pain to Performance, which I’ve previously reviewed. My observation regarding training frequency is that it’s fine to do a founder and a few other exercises every day, but a serious Foundation Training exercise series (20 minutes or more of maximum effort) should be followed by a rest day.

Today I did what has to be the best founder I’ve ever done. I felt muscles in my left groin area engaged that I can’t remember ever being able to access. Was that my psoas?? I also played around with keeping two kettlebells in a rack position to load my spine, focusing on engagement of my posterior chain. This is how I originally hurt myself, and I think it’s important to do a set of loaded work right after the corrective work to reinforce the corrective movement pattern before the brain has a chance to “reboot” the default movement pattern.

I think for me, given that my most recent injury came about due to overloading in the rack position, the best post-founder load I can do is to execute a rack hold. I suspect that it may be best for anyone who has sustained an injury to use the activity that caused the injury  (at a reduced level of intensity) as a way to reinforce the corrective movement pattern. This way the body not only learns the new movement pattern, but the nervous system also learns that the activity that formerly caused injury is now “safe” and the movement no longer needs to be restricted. I have no proof of any of this obviously, it is all just speculation based on observation.

Comments: Lots of speculation in this entry, none of which I can specifically tie to anything scientific. However, I’m leaving it in since it accurately reflects my personal observations of how I responded to certain rehab work to achieve back pain relief. Take what’s useful to you and discard what’s not.

In case it isn’t clear from the logs, I’ve found that Foundation Training is the absolute best exercise for back pain relief you can do at home. I went from severely debilitating pain to completely normal after a month of consistent effort. Foundation Training is accessible, effective, and affordable, so it ticks all the right boxes for me to enthusiastically recommend. There are several free resources available online, and if you want to go deeper I suggest reading Dr. Eric Goodman’s latest book or purchasing the Foundation Training DVD set. I plan to review the DVDs soon, but I’ll give you the punch line now and tell you now that they are definitely worth owning, I attribute the speed of my recovery to following along with the workout instruction provided in the videos.