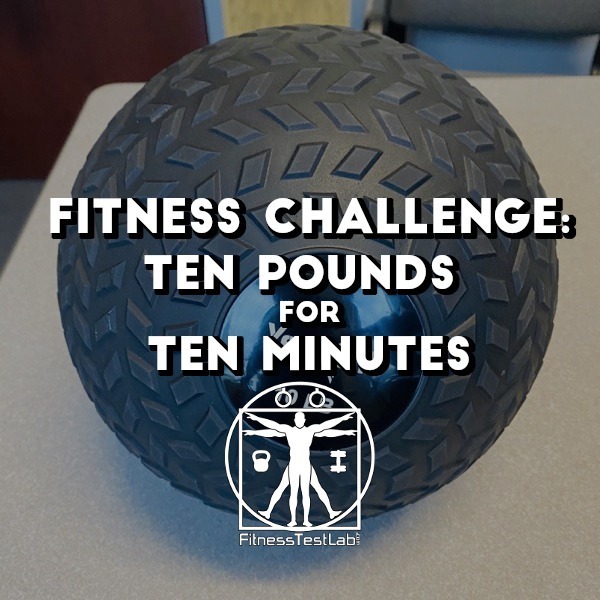 A new decade is upon us, rich with possibilities. For many, a new year also means New Year’s resolutions, especially related to health and fitness.

Everyone starts the new year with good intentions and a strong desire to make lasting change, but intentions are only half the struggle.

The hard part is finding a way to stay motivated and consistently do the actual work.

To start the year off right, I’m introducing a simple fitness challenge aimed at getting more people moving and (maybe) developing a love of exercise in the process.

I call this challenge 10 Pounds for 10 Minutes.

I came up with this challenge while thinking of ways some of my elderly relatives and friends could stay active while stuck indoors during the winter.

I was playing around with a 10lb slam ball while thinking, and it occurred to me that just playing with the slam ball was enough for me to work up a light sweat.

And so, the #10poundsfor10minutes challenge was born! Anyone can benefit from the challenge, including the elderly, office workers, and children.

You might think the challenge is overly simple, and you’d be right. In fact, simplicity is actually the goal. Anyone can pick up and hold a ball, which makes the challenge accessible to everyone.

However, holding a 10 pound ball for 10 minutes without sitting down can be tiring without constantly shifting the weight around.

Walk around or stand in place.

Hold the ball overhead or  cradle it against your belly.

Throw it up in the air and catch it or swing it side to side.

Shake it around or hold it still in front of you.

Anything goes, as long as you don’t put the ball down for 10 minutes!

Do this for at least 10 days in a row to complete the challenge ? 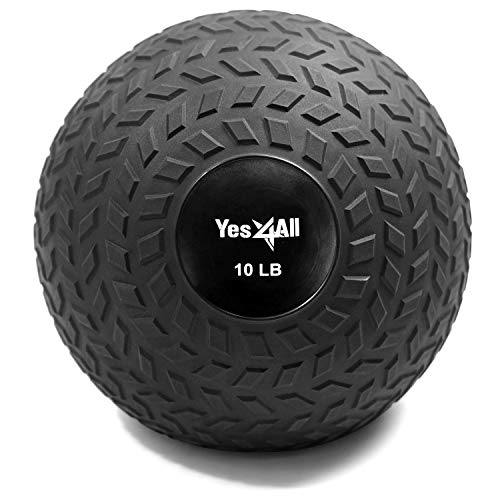 Slam balls are relatively cheap, but if you don’t already have one and don’t want to spend extra money then any 10 pound weight will do.

A ball provides more opportunity for creative movement than a 10 pound weight plate or dumbbell, but I’d prefer that you make do with what’s available rather than not do anything at all.

Here’s a short video I put together demonstrating ways you can play with the ball to keep the challenge interesting:

Like I stated above, this challenge is mainly geared toward helping people learn to love movement, but the simplicity of the challenge means it can be done almost anywhere at any time.

Need a break at work? Take 10 minutes to do the challenge!

Having trouble finding time to exercise? Nearly everyone can spare 10 minutes in the morning or at night.

If you do the challenge for at least 10 days, you may find that you’ve moved in ways you’ve not moved in since you were a kid, which is great. Stick with it and translate that movement into a regular exercise program or movement practice!

Have you done the challenge? If so, what was it like? Sound off in the comments below!